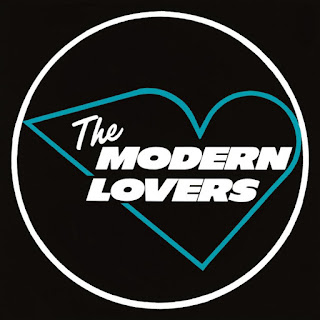 The Modern Lovers, and this album in particular, are perhaps best known for that classic song "Roadrunner."  Even today, almost 50 years later, it still has a propulsive force that just doesn't quit: Oh wait, wrong "Roadrunner."  Although this one (written and sung by Barbara Cameron) also bangs.  No, no, this is the one we want, originally recorded in 1972, with this cool vintage video of cars driving through what I understand is probably mid-60's Boston: Some claim this is the first punk song.  Or maybe the first new wave song?  Whatever it is, it is surely one of the great rock and roll songs of all time.  Young Jonathan Richman, growing up in Natick, Mass., became so enamored of the Velvet Underground that he moved to NYC just to be closer to them.  Amazingly, this cockamamie plan worked and he even got to open for them.  Back in Boston, he put together the Modern Lovers, which would eventually include Jerry Harrison on keys, who would later find fame
Post a Comment
Read more 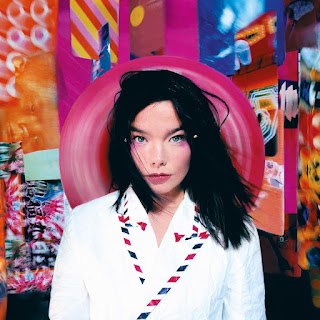 I had a really interesting (and unusual, for this project) experience with this album, which I had never listened to all the way through before.  The first time I listened to it, I noted the standouts, like "Army of Me," the album opener, which I had heard before and liked quite a bit, and "It's Oh so Quiet," which I had also heard and did not like, specifically its Gap-ad brassiness.  The rest of the album, eh, not so much.  There was some interesting trip-hoppy kind of stuff, and some just avant-weird shit that turned me off. Then I went to bed and then I listened to it again today and I have changed my mind.  This is an excellent, fascinating album.  Maybe I just needed to pay better attention!  In fact, I'm listening to it again right now and I think I like it even better every time.  Everyone knows Bjork has a magical voice, but it's really put to great effect here, really all over the place in the interest of illuminating the songs.  Even in that
Post a Comment
Read more 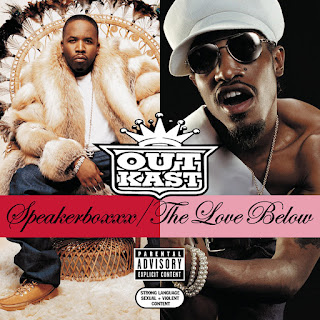 By 2003, Outkast was already properly regarded as one of the most important rap duos in history.  They had already released Stankonia , which featured "B.O.B.," a single Pitchfork named the best song of the 2000's, and "Ms. Jackson," an instant classic.  How do you follow that up?  With this sprawling, 2-disc collection, almost 40 songs over two hours.  To the extent the Grammys count for anything, this was Album of the Year (and Rap Album of the Year, which I guess naturally follows). The original plan was for two solo albums, one by Big Boi and one by Andre 3000, but they decided to join their work.  Big Boi's half, "Speakerboxxx," is more pop-funky, clearly influenced by New Orleans sounds.  Take "Bowtie," for example, one of the best songs on the album.  It starts off with a blast of horns and a bright chorus of voices.  It literally sounds like a party.  "The Rooster" also sounds like a party, but turns out to be about fa
Post a Comment
Read more 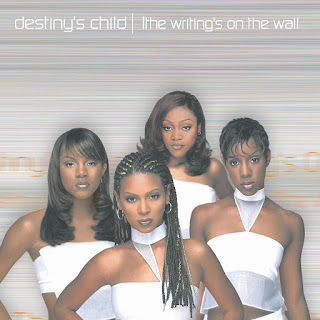 I put this on last night while we were making dinner and I guess I was mildly surprised to find my wife dancing around the kitchen and singing along.  She was absolutely astonished that I had never heard this album before.  "Seriously?" she said.  "You don't know 'Bills, Bills, Bills?'" she asked.  I did not.  I gather this was a popular song!  "Where do you know it from?" I asked her.  The club, of course!  Specifically, she guessed, WPLJ's in Walnut Creek , which now appears to be closed.  (Not entirely surprising, based on the Yelp reviews.)  We were all young once. So no, I didn't know "Bills, Bills, Bills," but that's what you get when you silo yourself musically like I did in the late 90's/early 00's.  It's an interesting song, with a harpsichord-sounding backing track and a complicated, swooping melody, along with the exquisite harmonies that wrote Destiny's Child's checks. She also knew "
Post a Comment
Read more 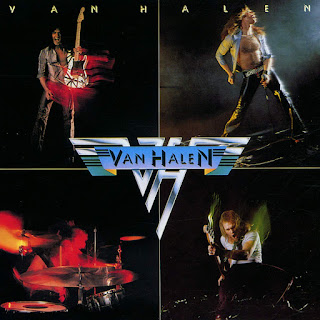 As pure an expression of rock music as you can find, this debut album by a former bar and backyard party band from Pasadena sold 10 million records and set the stage for bands like Guns N Roses and their considerably less talented brethren. The really remarkable thing about this album (on this relisten years and years later) is how Eddie Van Halen's guitar is just as much a frontman as David Lee Roth.  In fact, I remember when a friend breathlessly introduced me to this album at, I don't know, 12, 13 years old, he said "You gotta hear this" and played fucking "Eruption," which is essentially a minute and a half long guitar solo.  It's not even really a song!  My interest in lengthy guitar solos being about the same then as it is now, I politely listened but then "Eruption" is immediately followed by "You Really Got Me," (which, at the time, I did not know was a cover) and I was like WHOA HOLD ON because THAT I understood.  I mean, i
2 comments
Read more 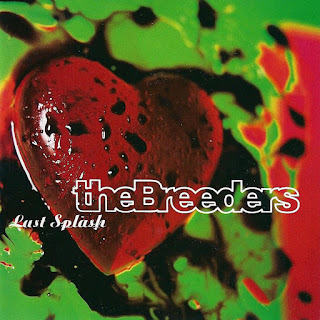 Oh my god this album kicks so much fucking ass.  Like yesterday's entry, it came from the early 90's, I owned it on CD, and it immediately takes me back to a very certain time and place, or places I guess, those places being San Francisco and Santa Cruz in the mid 90's.   This album coming right after Weezer yesterday sets up such a fascinating contrast.  This album came out within 10 months of Weezer , and they share some indie-rock similarities, but the songs on Weezer  are fairly uniform - nasally voice singing pop melodies over crunchy guitar - and the songs on this album are wildly creative and all over the place.  There is just so much musical imagination here. Let's start with the big single, "Cannonball."  It starts with Kim Deal saying "check check" into a harmonica mic, distorting her voice, before the band kicks in.  There's that guitar riff that's instantly familiar to anyone who was anywhere near an episode of "120 Minutes
Post a Comment
Read more 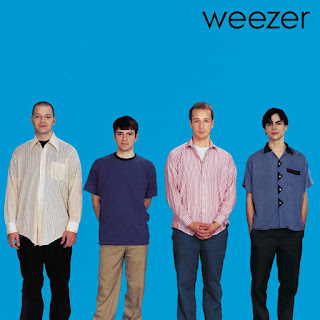 I owned this album on CD.  At the time, it just seemed to me like a brilliant pop-punk album and I liked a lot of the songs and didn't think about it too much.  I also loved Pinkerton , Weezer's much-maligned but far more interesting second album. Look at the cover of this album!  If you guessed this was going to be a nerd-rock adventure, you were so right.  Now that I listen to it again with 20-something years of separation, it's a lot darker than I used to think.  And there's a gimmick I didn't pick up on - are we making fun of the popular kids and their dumb music, or are we trying to become them?  From "In the Garage": I've got a Dungeon Master's Guide, I've got a 12-sided die I've got Kitty Pryde, and Nightcrawler too Waiting there for me, yes I do, I do I've got posters on the wall, my favorite rock group KISS I've got Ace Frehley, I've got Peter Criss Waiting there for me, yes I do, I do In the garage, I feel safe No on
2 comments
Read more
More posts